The Dark Horse And Valve Team-Up 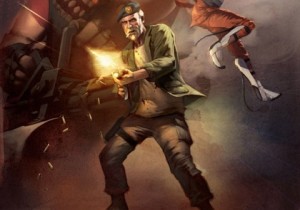 Dark Horse announced yesterday that they will be bringing the many comics based on the Valve video game properties to print for the first time. Dark Horse is collecting “Left 4 Dead: The Sacrifice”, “Portal 2: Lab Rat”, and the Team Fortress 2 comics in a hardcover collection titled “Valve Presents: The Sacrifice and Other Steam-Powered Stories”.

I have read through “Left 4 Dead: The Sacrifice” and really enjoyed it though I have not had the opportunity to read through the other comics that will be in this hardcover edition. Valve makes some really compelling worlds and it will be nice to see their comics collected in a beautiful hardcover copy for everyone to enjoy and display on their bookshelf or coffee table.

“Valve Presents: The Sacrifice and Other Steam-Powered Stories” will go on sale on November 16th, 2011.