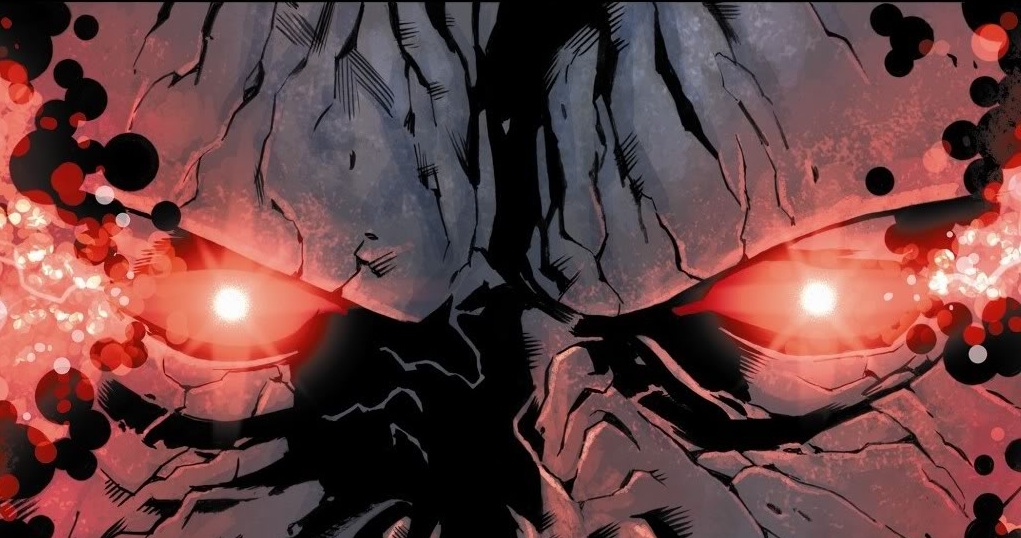 DC reported yesterday that Jim Lee and Geoff Johns were on Sirius XM’s “Geek Time” show talking about the DC relaunch and how it felt working with each other for the first time on a comic book. During that interview they let slip who the first villain of the new Justice League series will be. I am fairly excited for the new villain because it is one that I am not personally familiar with but who I have heard a lot about. If you don’t want to be spoiled and you can’t tell by the picture then do not read on. The first villain for the new Justice League series will be the man…thing…that “killed” the Bat, Darkseid.