DC Comics Announces “The Ray”, Part of the Next Wave of the New 52 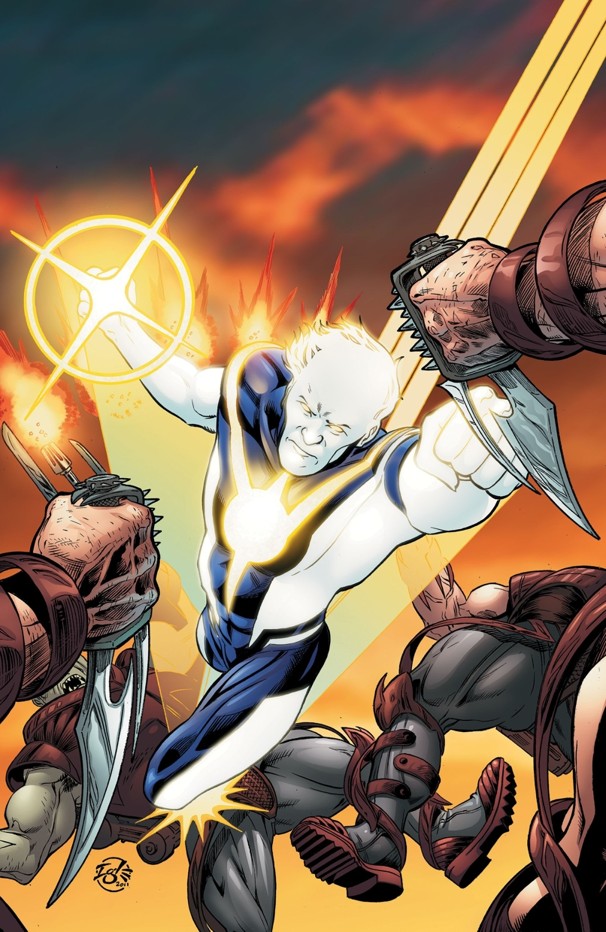 Major Spoilers is reporting today that The Ray was just announced as part of DC’s next wave of “New 52” titles. The announced creative team is Jimmy Palmiotti, Justin Gray, and Jamal Igle. They are also reporting that The Ray is scheduled to be a 4 issue mini-series and not a full ongoing title. Apparently this title will feature a new Ray which will be Lucien Gates.

I am not overly familiar with this character and I honestly haven’t read anything from these writers which is a shame, because they are often lauded with praise about their run on Jonah Hex. However I am looking forward to this book because the writers do get so much praise and the artowork above looks spectacular. This new mini-series from DC will arrive on store shelves in December so keep an eye out.